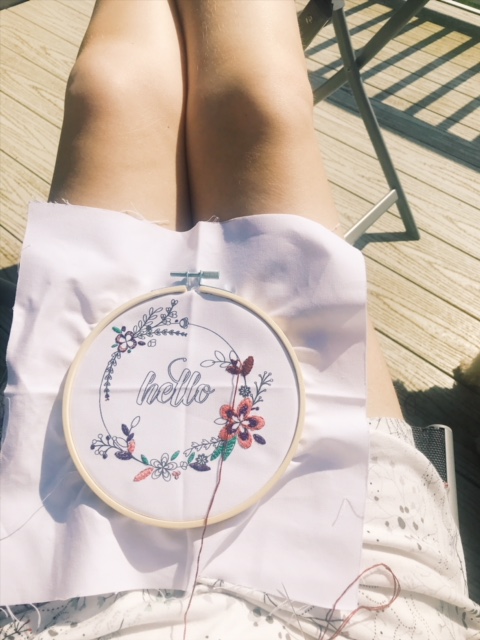 It’s been quite a while since I’ve done a sort of ‘journal entry’ in the blog, or ever really. I try to pride myself on writing things that will give at least one person out there some value (on most posts anyway).

But along the way I seem to of missed just sharing my everyday life with you all. So let me know if you liked this sort of set-up and the next time I fancy a natter, I’ll write another one! 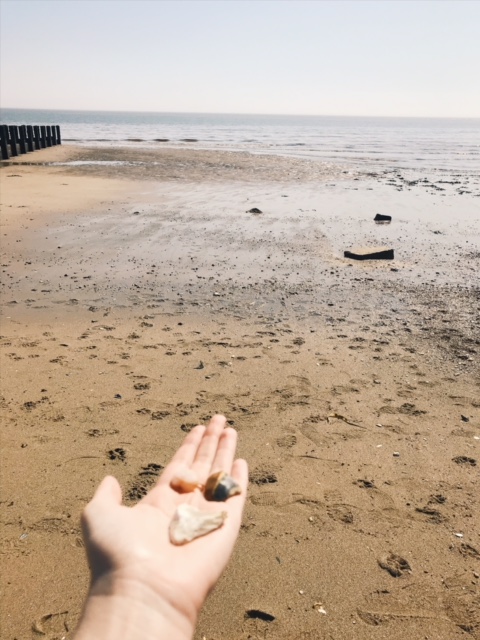 So my other half is currently away, on his stag do (ahhhh! I can’t believe it’s only a few months until we get married. Time for a wedding update post maybe?). Him and 8 others headed off to sunny Spain, and since he was going away, I decided to join my mum and stepdad with the pooch, to the sea.

We have a small place here in a quiet town, so it’s always familiar coming back and we like to visit whenever we can. It’s so nice to be surrounded by green and a sense of peace, and the beach is also a 10 minute drive away too.

We spent Thursday chilling out on the balcony in the glorious 20 degrees sunshine and I cracked on with my cross-stitch before I enjoyed some yoga on the decking with a cup of sweet tea. Heavenly! In the late evening we played the new Elton John remix album on the speakers and just lounged around chilling. Would highly recommend that album, it’s fab.

Friday we ventured to the shops for a quick look around, I nabbed a few bargains from New Look then went pebble hunting on the beach too. In the afternoon I managed to go to the baths for a swim and enjoyed some more of the sunshine outside and talking Harvey for lots of walks.

Saturday will be spent doing more of the same, then headed home in time to catch some Saturday night TV I think.

It’s only been 2 days off but I feel like I’m coming back so refreshed and with renewed intentions. It’s so blissful to have some time away to relax and remember what’s important in life.

How did you spend your weekend?